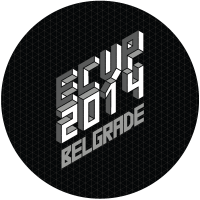 This conference is widely regarded in scientific community and is held annually each time in a different city. Belgrade was hosting it in 2014 and identity design was required. The goal, as the client presented it, was to make a clean logo which should incorporate a twist on perceiving or some kind of optical illusion. Working on many sketches I became aware of a fabulous geometric coincidence which creates basis to bottoms of letters ECVP and also the tops of numbers 2014. So I’ve put it in an isometric grid and created the play on perspective projection. The choice of colors was obvious since yellow-on-black combo (or black-on-yellow) is perceived best by the human eye. 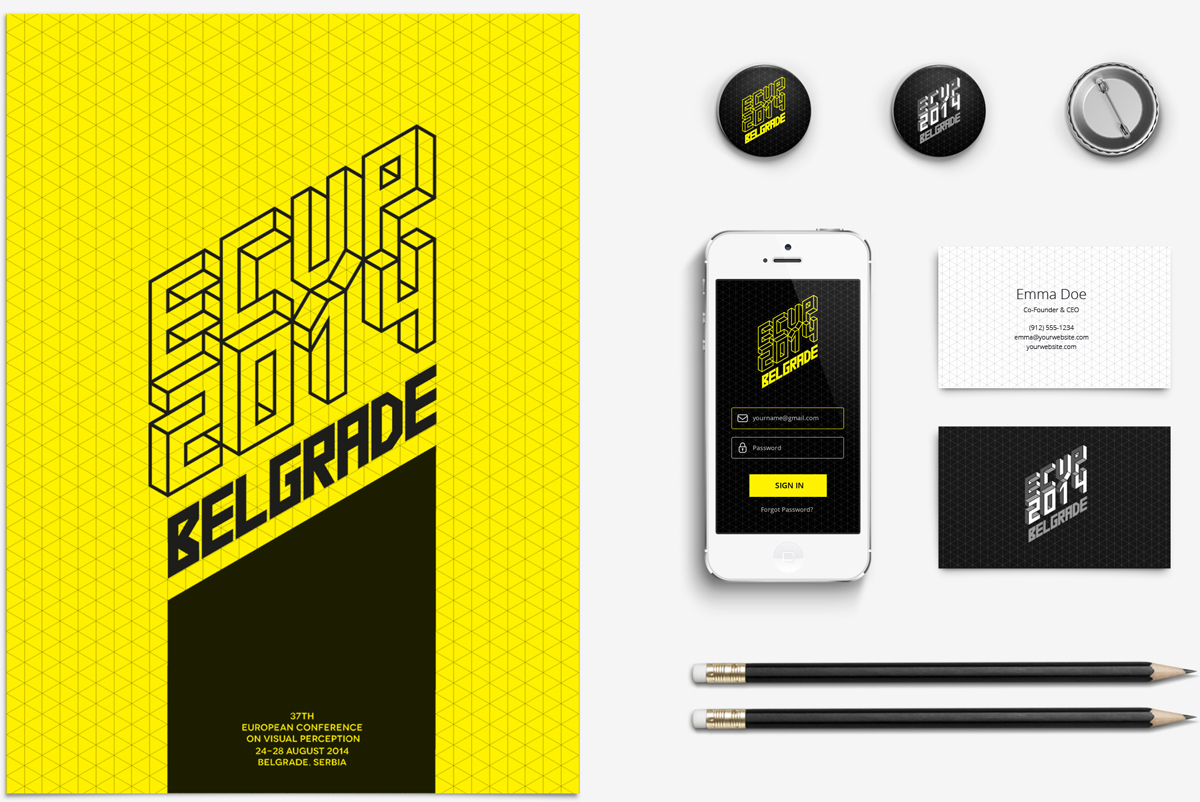 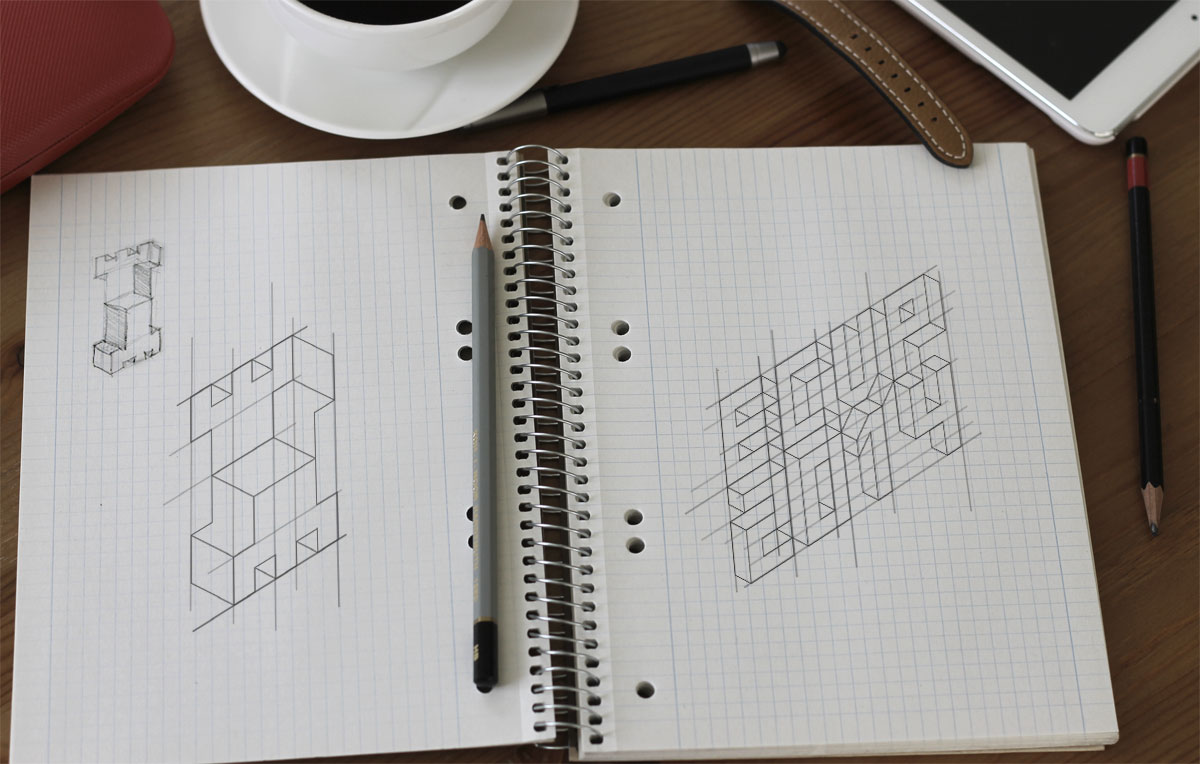